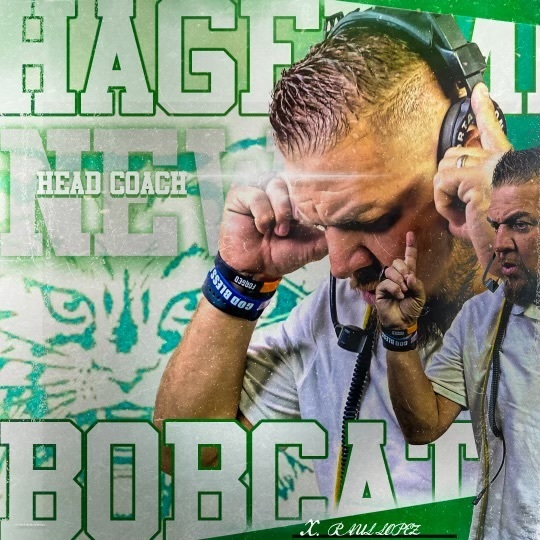 We are pleased to announce the hire of our new head football coach Paul Lopez. Coach Lopez is a 1995 graduate from Clovis High School. He was a part of the 1994 Clovis State Football Championship Team.  Lopez went on to play for New Mexico Highlands University where he was part of the Rocky Mountain Athletic Conference Championship Team in 1999. Lopez has Coached Football at West Las Vegas High School, Hatch High School, Rio Rancho High School, Carlsbad High School, Clovis High School, and is now a part of the Bobcat family. He also has been the General Manager and Head Coach of two semi-pro football teams, the Curry County Cats based out of Clovis, and the New Mexico Rush based out of Carlsbad.  Lopez is the husband of Nichole whom he has been married to for the past 19 years. They have 4 children Taylin, twins Zaden and Zailor, Kazlyn, and a new grandson Zeke. Coach Lopez and the Bobcats will open the season at home against the Capitan Tigers on August 19th. We look forward to the upcoming season as we move to a new chapter of Bobcat Football!